Identical twins share a unique and inextricable connection, all the way from their indistinguishable looks to the mutual experiences of growing up together. The brand-new special event series, Australia's Most Identical, asks the question: how deep does this connection go? 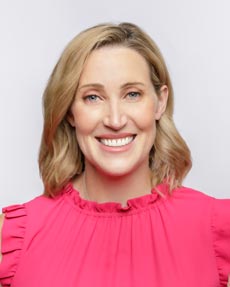 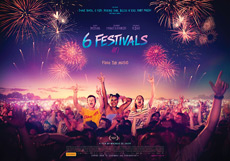 Academy Award and Golden Globe nominee Tim Roth (Hateful Eight, Lie To Me, Sundown) will now play the role of the lead antagonist, EzraShipman, in the highly anticipated Australian original drama series, Last King of The Cross, after actor Ian McShane had to withdraw due to health concerns.

With filming commencing on HELIUM's Last King of The Cross this week, a stellar cast has been announced. 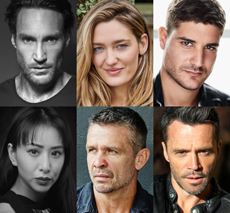 Paramount Australia and New Zealand has greenlit HELIUM Pictures' eight-hour scripted drama Paper Dolls for Network 10 and Paramount+ Australia it has been announced.

Legendary actor Ian McShane will play the lead antagonist in HELIUM Pictures’ drama Last King of The Cross which is being produced for Paramount+ Australia and distributed globally by Cineflix Rights, it has been announced. 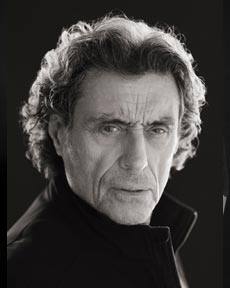 HELIUM and Cineflix Rights have today announced the casting of rising Australian star Lincoln Younes (Grand Hotel, Tangle, Barons) as the character of John Ibrahim in the elevated serialised drama Last King of The Cross. 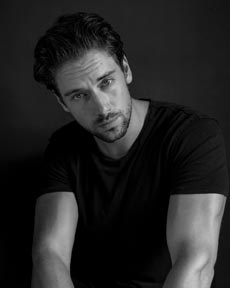 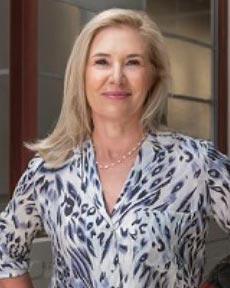 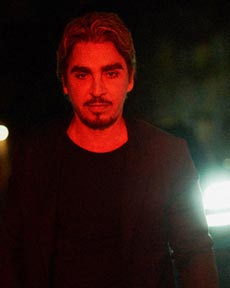 Founded on a proven expertise and strong relationships, and with a vision for something truly exceptional, HELIUM is 'project next' for Mark Fennessy, the internationally respected, innovator, entrepreneur and creator of premium content across all facets of the production industry.

Last King of the Cross stars Lincoln Younes and Tess Haubrich, writer/director Kieran Darcy-Smith and executive producer Mark Fennessy take DQ back to 1990s Sydney, which serves as the backdrop for this Australian crime drama about the rise of a now-infamous nightclub mogul.

Comcast-owned pay-TV group Sky has snatched up rights across its European footprint for the upcoming Australian crime drama Last King of the Cross.

Read more on The Hollywood Reporter

Tim Roth-starring Australian drama Last King of the Cross has been picked up by Sky in Europe, marking the first major sale of the Paramount+ series as it heads to Mipcom Cannes.

For Australia's Most Identical hosts Scott Cam and Jana Pittman, both parents of twins, lead a social investigation to find and ultimately determine the nation's most identical siblings.

A vibrant young cast at the centre of a new Paramount+ local movie live it up in a bucket-list of rock festivals.

Writer-director Macario de Souza's 6 Festivals will make its world premiere at the Sydney Film Festival June 10 ahead of streaming on Paramount+ later this year.

6 Festivals — the first Paramount+ film produced in Australia, which was shot across some of the country’s most iconic music festivals — will have its world premiere at this year's Sydney Film Festival.

6 Festivals will make its world debut at the Sydney Film Festival this Friday, 10 June, ahead of its premiere on Paramount+ later this year.

6 Festivals, a music drama film that marks the first Australian feature movie to be commissioned by Paramount+, is to get a local theatrical release.

It will make its world debut at the Sydney Film Festival this Friday, 10 June, and screen in selected cinemas from August 11, ahead of its premiere on Paramount+ later this year.

Paramount+ Australia drama Last King of the Cross has added more cast with the likes of 300: Rise of an Empire's Callan Mulvey joining previously-announced Ian McShane and Lincoln Younes.

Production underway on Last King of the Cross

Filming has finally started on the long-awaited Last King Of The Cross, and the three young actors playing John Ibrahim at various stages of life have been revealed.

To celebrate the resilience and lift the spirits of the Lismore Community, Lismore City Council, Helium and Chugg Entertainment will stage a free concert – One From The Heart - on May 15.

Read more on The Industry Observer

Sydney Film Festival has today unveiled the first 22 films on its line-up, with the event ready to return in-person during its traditional June dates for the first time since 2019.

Bardot star back in the girl band with new TV drama

More than two decades after gracing the small screen with Bardot, Belinda Chapple is getting back to where it all began with girl band drama, Paper Dolls.

Set in 2000, Paper Dolls follows the meteoric rise and fall of the fictional girl-band Indigo — a manufactured pop group born out of one of the first reality TV shows.

Paramount+ continues to add to its growing slate of drama originals, on Saturday announcing the greenlight for Paper Dolls, an Australian drama series about the rise and fall of Indigo, a fictional girl band.

Read more on The Hollywood Reporter

Ian McShane has been cast in Paramount+ Australia’s drama Last King Of The Cross and will take on a major role. He will appear opposite star Lincoln Younes.

British actor Ian McShane will join the cast of the new TV series Last King of the Cross, based on the life of Sydney nightclub identity John Ibrahim.

Rising Australian star Lincoln Younes has been cast as the lead of Last King of the Cross, a biographical series about a notorious night club owner and gangster being produced for Paramount Plus.

Lincoln Younes to headine Paramount+/Helium's Last King of the Cross

Lincoln Younes will step into the shoes of nightclub mogul John Ibrahim for Helium drama Last King of the Cross, set to begin filming in May for Paramount+.

The Australian actor set to take on the character of Kings Cross nightclub identity John Ibrahim in a new Sydney television series has been announced.

Cineflix takes int'l rights to Last King of The Cross

Cineflix Rights to distribute Last King of The Cross

Cineflix Rights has partnered with Mark Fennessy's HELIUM PICTURES to bring the new Australian true-crime drama Last King of The Cross to audiences around the world.

6 festivals will hit cinemas in 2022 before moving to streaming service Paramount+ (the first Australian film commissioned for the service), and is written and directed by Macario de Souza.

An upcoming feature film on streaming service Paramount+ will feature an all-Aussie soundtrack. 6 Festivals is the first locally commissioned feature film for ViacomCBS' Paramount+ and will premiere on the service next year.

Read more on The Music Network

Groovin The Moo, Big Pineapple, Yours & Owls Festival, The Drop and Lost Paradise will all feature in the appropriately titled 6 Festivals, a movie about three best buds ticking off their music festival bucket list.

Ahead of Paramount+ launching in Australia next month, ViacomCBS Australia has announced 6 Festivals, its first locally commissioned feature film for the streaming service.

A half dozen of the nation's hottest and happiest outdoor fests will feature in a new film, which has secured production funding from Screen Australia.

Read more on The Industry Observer